What's the point of school uniform?

You might hate your school uniform, but I think it's there for good reason, says 15-year-old Chloe Spencer 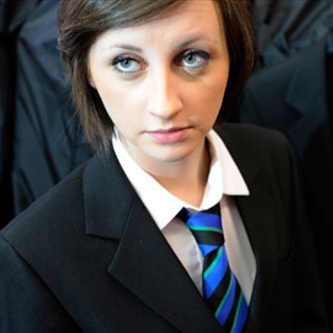 A shirt, tie and blazer may not be the ingredients for my favourite outfit, but if I were given the choice, I wouldn't throw away the idea of school uniform. Wearing a uniform is a badge of pride, creates an identity for a school and is an important part of being a school student.

"Uniforms show that you are part of an organisation. Wearing it says we're all in this together," Jason Wing, head teacher at the Neale-Wade academy in Cambridgeshire, says.

"Also, if you wear your uniform with pride, it means you are half way there to being respectful, buying into what the organisation is all about.''

Claire Howlette, an English teacher, agrees: "Uniforms give students a sense of belonging to a particular school and create an identity for the school in the community."

My school is one of many that seem to be reverting to a more formal uniform – this September I will be wearing a shirt and blazer instead of my old jumper and polo shirt. A number of students have complained about the change, but general opinion is that the jumpers and polo shirts were "childish".

Some people believe that a school uniform can improve learning by reducing distraction, sharpening focus on schoolwork and making the classroom a more serious environment, allowing students to perform better academically.

Perhaps most importantly, a uniform means students don't have to worry about peer pressure when it comes to their clothes. When everyone is dressed the same, worrying about what you look like isn't so important. There is no competition about being dressed in the latest trend, which would put a great deal of financial pressure on students and parents. Potential bullies have one less target for their insults; it's hard to make fun of what someone is wearing when you're dressed exactly the same.

In America, where a majority of schools do not have a uniform, roughly 160,000 children miss school every day due to fear of attack or intimidation by other students. This might not be directly linked to what they're wearing, but having a uniform can be a safety net for many students who might otherwise suffer from bullying. A strict uniform gives the impression that rules are strict too, perhaps helping maintain a sense of order at school.

Although wearing a school uniform is less expensive than buying a whole wardrobe of outfits, uniform can still be pricey. Many schools have a specific supplier, and wearing cheaper alternatives can result in punishment if the black skirt you're wearing isn't exactly the right black skirt. Finding uniform that fits you, especially if you're limited to one shop, can also be a struggle.

Recently the Liberal Democrats held a conference about the cost of school uniforms across England. The education minister David Laws is to issue new guidance to end the practice of using a single uniform supplier, enabling parents to shop around for uniform. If schools decide to change their uniform, for example with a new emblem or colour, changes should be restricted to one or two items, preferably with sew-on logos. Changing from a one-supplier system could help families with the cost of school uniform.

Although it might seem a shame to miss out on those two years of dressing as you like at school, I welcome the smart dress code. Not only does it make getting dressed each morning a lot easier, but it sets sixth formers up as role models for younger students, and that's important.

Macy Vallance, a year-eight student, says: "I like uniforms because everyone is the same and no one can be left out by the way they are dressed. Our new uniform looks smarter, which is good."

My uniform might not be what I would wear in my own time, but it gives me a sense of belonging, takes away the pressure of what to wear and deters the bullies. School uniform isn't fashionable, but that's exactly why I think it should be here to stay.

Why wear a school uniform? Photograph: Christopher Thomond for the Guardian
Terug